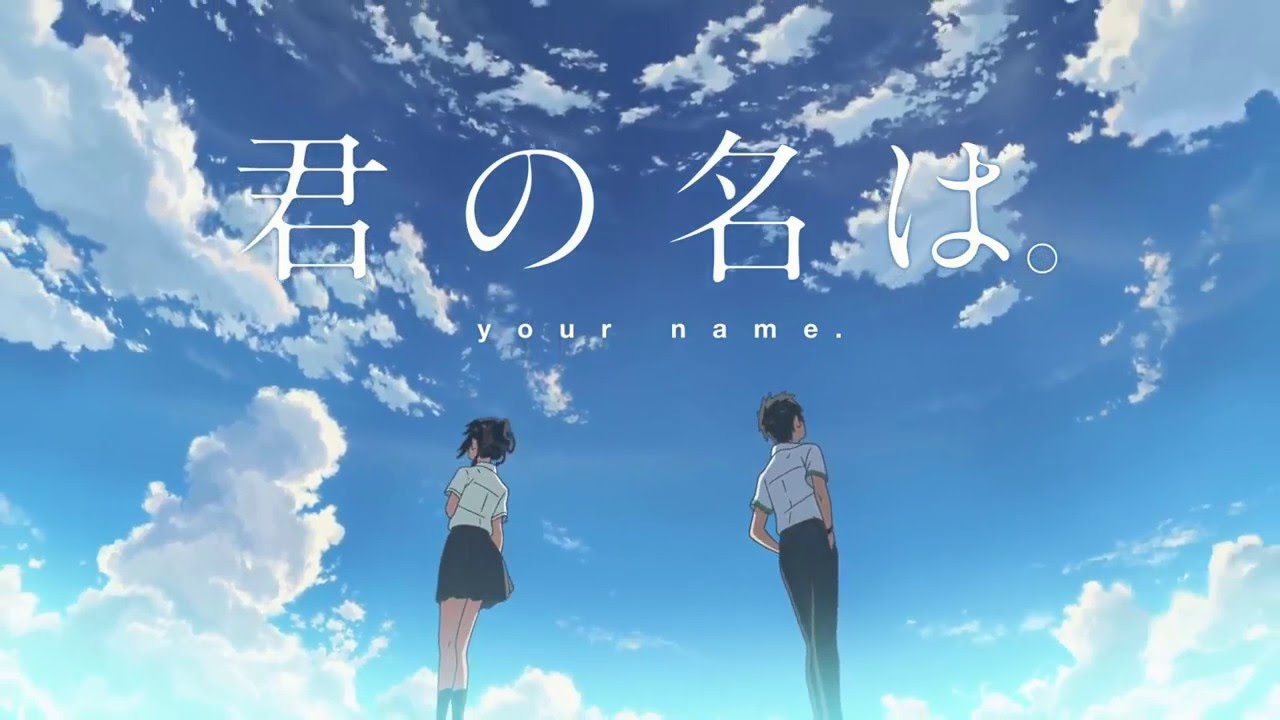 Your Name is a movie about two high school kids from Japan that swap consciousness at night a few times a week. One is a busy city boy from Tokyo and the other is a more old fashioned girl who lives in rural Japan. The boy, Taki, spends his time with his friends, working his part time job at an Italian restaurant and going to school. He has dreams of becoming an architect. The girl, Mitsuha, lives in the small town of Itomori. She is bored of her small town life and embarrassed of her family's old fashioned cultures.

The two do the swap at night and wake up the next day in the others body, this swap lasts until they go to sleep that night and it doesn't happen every day. They have some fun at first and follow many of the "body swap" tropes. Eventually they decide that since this will be happening more often they should set some ground rules. The movie continues this way until a very interesting twist, which changes up the whole dynamic for the second half of the movie.

This anime uses the technique that many others have been using. The 3D modeled CG with 2D textures drawn over top technique. Now, I am not a huge fan of this style. I really enjoy the more old-school 2D drawn style, or at least the ones that look more like they are 2D. This one does it's best to hide that fact that it is 3D modeled but there are unfortunately a few little things here and there that show through.

Where this movie really redeems itself is with the attention to detail. There are so many small details that are so strongly represented. What really stood out to me was any of the scenes in the town of Itomori, more specifically in the old house that Mitsuha lives in with her Grandmother. It's very old Japanese architecture filled with all sorts of interesting things from an older Japanese culture.

Now I am giving this movie a 2/3 for the See Score. I want to give it more than a 2 because of it's attention to detail and because of this one absolutely gorgeous scene around the middle of the movie but I don't think there is enough there to really bump it up to a 3. A score of 3/3 is reserved for the absolute best visuals and while this movie has very good visuals they are not the absolute best. (I don't give half numbers but if I did it would be a 2.5)

Your Name has a good score and good sounds design. There is nothing overly special about it and it is not exactly memorable, but the music hits emotion beats with the movie and doesn't seem out of place or too strong. I don't really have a lot to say here unfortunately. It's all just good, but not really special.

I am giving this movie a 2/3 for the Hear Score. Now I know you are going to think I'm crazy for giving the same score as See after I had so much praise for the visuals and not really so much for the audio. The score of a 2 means that it is good, however a score of 1 means that there must be something wrong with it and there really isn't anything wrong with this one. It just doesn't do anything to make it really stand out.

This is the biggest strength of this movie. At first you think it's just a standard body swap movie, but then it just hits you with this twist and the whole second half takes you on a rollercoaster of emotions. I don't want to spoil too much because I think it's important to have as much of an unbiased mind as possible when going into a new movie, so I wont give away too much. There is just this deeply emotional moment that hits you harder that you expect, mainly due to the slow build-up of emotions towards our two protagonists that you don't even notice is happening.

Your Name tells a very powerful romantic tale. It hits all the beats you want in a romantic drama. It shows you these characters and slowly eases you in to caring about them, it gives you a sense that you know where it is all going to end up and then it takes you for a twist you don't see coming. After that twist is a rollercoaster ride of ups and downs. It even fakes you out a few times to really pull on your heart strings, but in the end resolves in a way you can be satisfied with.

Before the second half of this movie I would have given it a 1/3 for just following the same old tropes and being kind of predictable. But, man, after that twist and second half it deserves a perfect 3/3 score and I can see why this movie was so well received.

To wrap all of this up, Your Name is a beautiful story wrapped in a nice looking anime. I'm going to come back to what I said before about it being a rollercoaster. It starts slow just climbing you up and up, but you don't even notice, then it hits the drop and takes you for a wild ride around some loops and when you are done with this ride your heart will probably be beating a little faster. You might even have a few tears in your eyes.